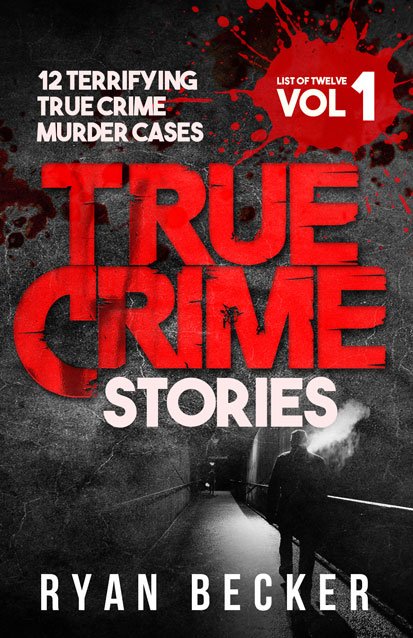 You are about to witness how 12 deranged individuals turned their darkest fantasies into a reality!

What drives a mother to shoot her two daughters at the dinner table? Why would a petite woman shoot-up the grocery store where she worked and murder one of her co-workers? And why would an on-duty police officer commit three murders and an armed robbery?

List of Twelve Volume 1 examines these and other horrific crimes and delves deep into the grotesque thinking of the monstrous individuals who perpetrated them.

Twelve murders are profiled, and each profile offers a personal background of the offender, a detailed description of the crime, the investigation that ensued and the eventual sentencing.

Included are profiles of Robert Beaver, an 18-year-old who massacred his entire family, and the bizarre life of Luke Magnotta, who videotaped himself stabbing a man to death with an ice pick and then mailed his body parts to political offices and schools.

Unlike other books on the subject, List of Twelve Volume 1 takes the reader right into the dark minds of the murderers, so you can better understand why they committed their crimes.

Read on if you dare. But be aware that you’re about to witness their darkest fantasies…

The style is appropriate, the language engaging. I couldn’t put it down. The analogies and methapors, in their rare appearance only added still.

These murders were never discussed, or if they were, I never heard of them. Yet, Mr. Becker did these so well and it was hard for me to put down.

Slightly different from his previous works, Becker embarks on a journey through the minds and lives of twelve lesser known, yet no less stunning, criminals. However, don’t let the brevity of each criminal’s section betray the depth of the narratives.