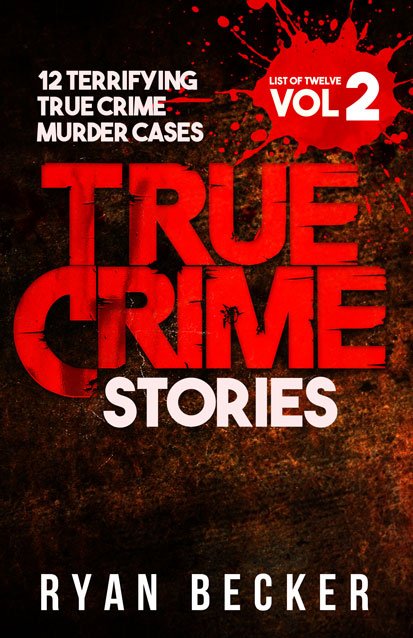 Have you ever wondered what is in the mind of a killer? Are you fascinated by what makes someone snap and kill, or carry out a carefully planned murder?

In this second book in the series, List of Twelve Volume 2, author Ryan Becker examines 12 individuals who did just that and became notorious as a result.

From Blaine Norris and Ryan Trimble, who conspired to commit bloody murder for the sake of a film, to James Edward Pough who became a mass shooter after his car was repossessed, it is a frightening yet fascinating look at the sometimes-trivial things which set people onto a path of brutal killing and terror.

Each one made their darkest fantasies into a reality when they made the decision to kill and each one has earned their own terrible place in this gruesome hall of fame.

Get a copy of List of Twelve: Volume 2 and be prepared for an insight into the darkest recesses of dangerous minds like no other book before it.

I found it intriguing and refreshing. It gave the details needed but made sure not to lose the readers interest. I have always been interested in knowing more about the facts of the case and this book was the perfect place to get them.

Very, Very good. Grabbed my attention and held it!! I read a lot, and at 76 years old, it’s not easy to hold my attention, but Ryan Becker has done it!! Looking forward to more from this author!!