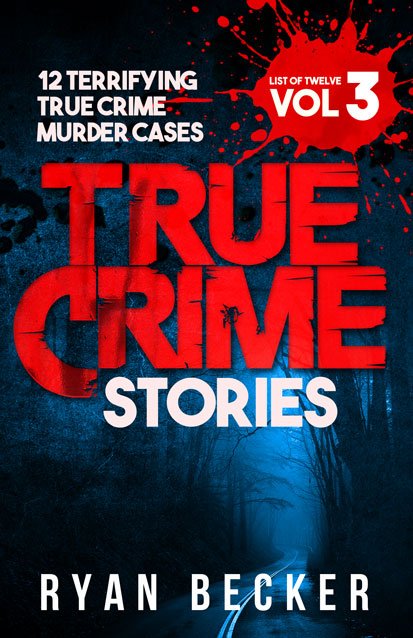 What drives people to act in the most brutal ways? What could have caused a mother to eat her dead baby’s brain? What drove a seemingly normal teenager to kill a stranger and chew on their face?

It is often difficult to comprehend what makes a person kill. But when they kill and then commit further acts of depravity on their victim it takes on a whole new meaning to wrongdoing.
And in Volume 3 of the ‘must read’ True Crime series we examine murderers who have all displayed the same gut-churning wicked twist – each of them ate their victims.

In Volume 3 we look at people such as;
– The hitchhiking hippie who carried human finger bones to chew on
– The New York teacher who killed a neighborhood boy and ate his body parts
– The Kansas City youth became known as the Kansas City Vampire
– The deeply troubled man who cooked and ate his girlfriend after she dropped him
– The 450-pound cannibal who served his victim’s flesh to customers of his barbecue stand
– And others who were equally despicable…

Each of these violent killers is examined in detail, from their backgrounds, the crimes they committed, how they were brought to justice and their sentencing.

Get a copy of this fascinating book today and prepare yourself to enter the world of those who committed the greatest taboo of all – the cannibal killers.

Well written…. and to think, they walk among us. It’s scary to realize how life can be. Was it the drugs they took, a poor upbringing but some had a normal to good upbringing. Some were not on drugs. Some had mental issues but to eat body parts…. Scary to say the least