The following is the first chapter from the book “The Deadly Soap-maker of Correggio The true story of Leonarda Cianciulli: A superstitious mother who turned victims into soaps and cakes.”

You might say Leonarda Cianciulli’s life was cursed before it even began.

In the town of Montella, Avellino, in what was then the Kingdom of Italy, lived a beautiful girl of noble birth. Her name was Emilia di Nolfi, and she lived a life that many people in her day would envy. Not only was she lovely on the outside, but wealth and good breeding had shielded her from the hardships of the world, ensuring that she would remain innocent until the day she was wed—and if her parents’ plans went as expected, that day was quickly approaching.

Not quite an adult yet, Emilia still held an idealized vision of married life. It had been what she was raised for since she was small, and she looked forward to it greatly. In the meantime, however, while her parents made matches and looked for potential suitors, she was having fun attending parties with her friends.
Emilia had no idea she had been watched for some time now by a local man, Mariano Cianciulli. In fact, Emilia had no idea he even existed. Rough and lower-class, he was not the type of person who Emilia’s family would allow association with. Their social circles were worlds apart, and the two likely would have never crossed paths had it not been for Mariano’s obsession.

What began as typical teen lust quickly turned into something far more nefarious. Soon, Mariano had grown to hate Emilia, and wanted to hurt her about as much as he wanted her to become his.
One evening in 1893, Emilia attended a dinner party with her friends and potential suitors and returned home alone. Hidden in the shadows and drunk, Mariano stalked her. He had been waiting a long time to catch her alone and vulnerable. 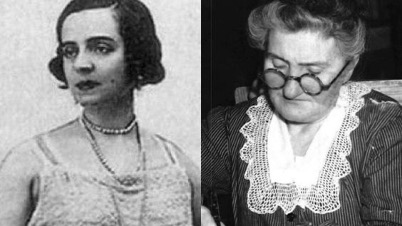 Then he struck from behind. Mariano dragged her by some bushes and brutalized her. Though Emilia struggled, she could not get away from him in the vast, dark field he had taken her to. When he began to pull up her skirt and remove her undergarments, she lay frozen beneath his weight. There was a part of her that did not quite understand what was happening; she had been so well-protected by her status and wealth that she had no name for the indignity she was suffering.

Mariano fled the scene when the act was finished, leaving his victim alone in the empty field. When the shock had passed, Emilia stood and returned home, not telling a single person about the incident that had left her bleeding and bruised.

The next few weeks were full of shame and confusion. Though she had cleaned up the blood that crusted over her thighs and the bruises faded with time, the memory of the assault remained as clear as if it had happened only the night before. It left her deeply depressed and fearful, not just at the thought of seeing Mariano again, but of someone uncovering her secret.

Her innocence when it came to carnal matters, combined with a Catholic upbringing and the Italian upper crust’s rigid views on sexuality, made Emilia believe that she had committed some great sin. It hardly mattered that Mariano had forced himself upon her or that she had tried to stop the rape from happening. They had done what only married people were supposed to do, and for that, she was left forever damaged and unclean. 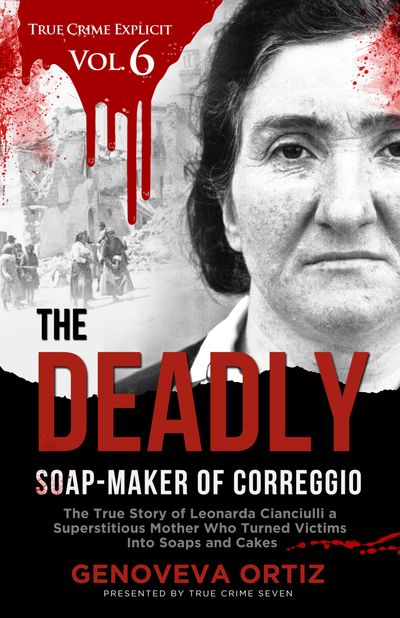 Emilia kept the secret from her family for as long as she could, but she was betrayed by the growing bump in her stomach. Her parents, enraged, demanded to know who was responsible. This presented yet another problem for Emilia; Mariano’s low status in Montello society would no doubt make her look even worse to her family. She hesitated in telling them the whole truth, even almost accusing one or two of the respectable suitors she had spent time with, but eventually she came clean.

Her parents’ reactions were just as she had expected, but then they did something that she would have never anticipated. They called for the Cianciulli family to come to their home, Mariano included, and told them the news. It was important, they explained, that both their children make this mistake right and preserve Emilia’s honor. Mariano would have to marry Emilia.

Emilia was horrified. She could hardly stand to be near her abuser; marrying him was simply unimaginable. Mariano, on the other hand, was delighted. Now the beautiful girl so many others were after would be his alone. The wedding proceeded without the joy and fanfare Emilia had dreamed of. Instead, they had a small, drab ceremony that felt more like a funeral than a celebration of love. Emilia left the church alongside the man she hated, and to whom she had hardly ever spoken a word to.

From then, her own family was through with her for bringing shame to their name. She would never be welcome in the di Nolfi house again.
Her charmed life was over. On their wedding night, when Emilia refused his desire to consummate their marriage, he beat and raped her a second time. When Emilia, who had little by way of domestic training, failed to keep the house clean or cook meals to his liking, he brutalized her again.

Understandably, Emilia never got over the trauma of everything that happened so suddenly to her. Emilia retreated into herself. While Mariano was out, either working or drinking away his earnings, she was all alone except for the baby growing inside of her. They lived in abject poverty in those early days. As the months passed, she grew to hate not only Mariano, but also the unborn child that tied her to him.

Less understandable was her treatment of her own daughter. 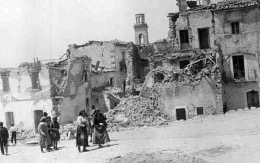 Leonarda Cianciulli was born on April 18th, 1894. The birth was a long and agonizing one. Emilia was in labor for countless hours and fell unconscious from her pains more than once. When the midwife finally presented her with her newborn, Emilia could hardly stand to look at the baby.

Emilia would continue to keep her daughter at arm’s length as she grew up. She failed to bond with her and withheld affection. For little Leonarda, however, the days where she was ignored were pleasant compared to the others.

The young mother never made any attempt to conceal her resentment of her child. She may have been helpless when it came to Mariano, but she was in control of her baby’s life, and she wanted her daughter to pay for ruining hers. Leonarda would recall being frequently beaten and insulted for any minor infraction. She often told the girl that she was worthless and would never amount to anything.

Nothing she did was ever good enough for her mother, so at an early age, Leonarda stopped trying. It was more than she could take. Fear and loneliness drove Leonarda to attempt suicide twice before she even reached adulthood.

On the first occasion, when she was only thirteen, Leonarda attempted to hang herself but was quickly found and cut down. Emilia expressed her disappointment that her daughter did not succeed in killing herself that day. Just a few years later, Leonarda tried to swallow glass but only made herself ill.

Almost nothing is known about Leonarda’s relationship with her father. Where Emilia was a constant terror, Mariano was practically a ghost to her. He was often away from the house and the few times she did see him, he was drunk.

Leonarda was still quite young on the evening that he failed to return home. She and Emilia went out in search of him and found him at his usual drinking place. All that drinking seemed to have finally caught up to him; Mariano was passed out, still breathing, but unable to be awoken.

In this comatose state, he was brought back home. Emilia kept him in a separate room and left him there, unattended, until he died.

Mariano’s death came as a relief for Emilia, but without his paycheck, the poverty the family lived in only grew more dire. Luckily for Emilia, the past few years of misery had not diminished the beauty for which she was once so well-known. Before long, she found herself a new husband. This man was kinder, far more suited to her tastes, and, thankfully for Leonarda, took up much of her mother’s time.

Where Emilia’s rejection of her was once a source of pain, it was welcome now that Leonarda was older. The less time Emilia spent on her meant fewer beatings and insults. Little did she know was that her mother was scheming, and her plans had her at the center.

With a respectable husband at her side, Emilia sought to climb her way back up the social ladder. She had expected the di Nolfis to take her back upon Mariano’s death, but they still considered her an embarrassment to them and turned her away. As much of an improvement as her second husband was, he did not earn enough money to get them out of their financial straits, and Emilia was getting desperate. Though she might not have been welcomed by the high society, perhaps her daughter would.

It certainly helped that young Leonarda had inherited her mother’s good looks. Emilia had no trouble finding decent bachelors who had an interest in the girl. Despite having so often told her daughter that she would never amount to anything, Emilia had big plans for her. She spent her afternoons meeting with families for tea and the evenings at social gatherings, on the prowl for any man who looked like he came from wealth.
Tentative arrangements were made, but Emilia overlooked one key detail: she had not actually told Leonarda about what she was planning.

But Leonarda had plans of her own. Starved for affection, and perhaps fueled by a touch of resentment herself, Leonarda broke her mother’s rules about going out to meet men herself. By the time Emilia started making matches for her, Leonarda had already met someone she liked very much.

Raffaele Pansardi was notably older than Leonarda and his job as a registry office clerk lacked prestige, but he was one of the few people in her life to have ever treated her gently. Unaware of her mother’s wishes, Leonarda accepted Raffaele’s marriage offer.
Leonarda had seen her mother angry more times than she could count, but the anger Emilia showed when she heard her daughter’s news was unlike anything she had ever seen. Enraged, Emilia told her daughter that she had placed a curse on her and Pansardi for ruining her life a second time.

The new bride tried to ignore her mother’s threats; she was at last away from her, and had someone who loved her by her side. Emilia could no longer harm her, and her future looked brighter than it ever had before—so why could she not shake the feeling that something terrible was on the horizon.