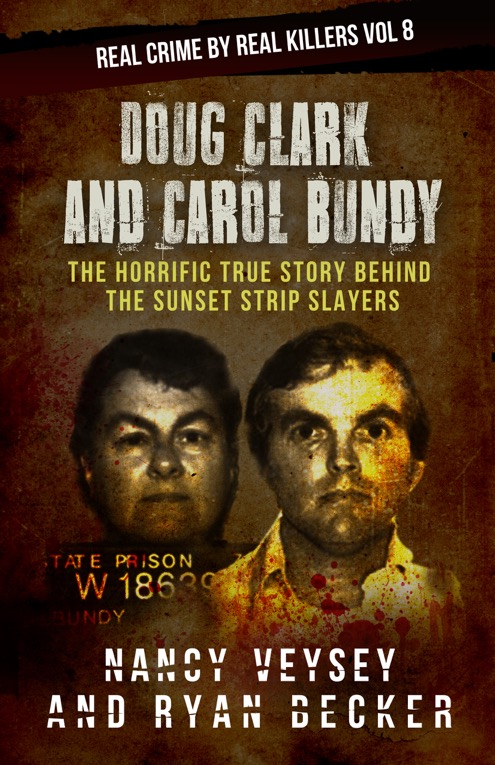 The Horrific True Story Behind The Sunset Strip Slayers

A deadly game of depravity and destruction, including two decapitations. Three key players. Two of those players dead. Only one remains.

In Los Angeles, California, a series of murders occurred during the Summer of 1980, which left an indelible mark on countless individuals. This string of brutal and bloody crimes would make the already famous Sunset Boulevard, AKA The Sunset Strip infamous, and a place forever synonymous with the word EVIL.

This true story blends statements to law enforcement and trial testimony with personal accounts from those who experienced the events first-hand. The psychology behind these violent crimes is explored, along with a look at the psychological state and possible motives of the individuals.

The story surrounding these three lethal lovers has made it a favorite of the media, which relishes in its shock value. The overweight nurse with thick glasses, who should have nurtured lives rather than take them, who stunned police when she gloated, “It’s fun to kill.” Two lotharios with a penchant for wearing women’s undergarments and sadomasochism.

They fed off each others’ twisted desires and savagery. Fantasies gave way to nightmares, and anyone unfortunate enough to cross their path became a potential victim. Intense California heat bathed Sunset Boulevard with the stench of garbage and fear— a smell that emanated relentlessly. It was the smell made by Death stalking the street in the form of The Sunset Strip Slayers.

Ryan Becker has written another excellent true crime book. His books are so easy to read. Once you pick up this book you won’t put it down. I am a true fan of all his books. Ryan really does his homework/investigation on these terrible crimes that took place. Thank you for another great book.

I love reading about true crime and how these were solved (and sometimes not). This book is a really good read to keep you interested to the end. This author provides a very interesting take on this horrific story.

I had never heard of these killers before, so this book was interesting to me. Thank you Ryan for the information involved in this book, it is nice to be able to learn about people I have never heard of, and the research involved in order for readers to learn more about the goings on in different places. Thank you for the book!