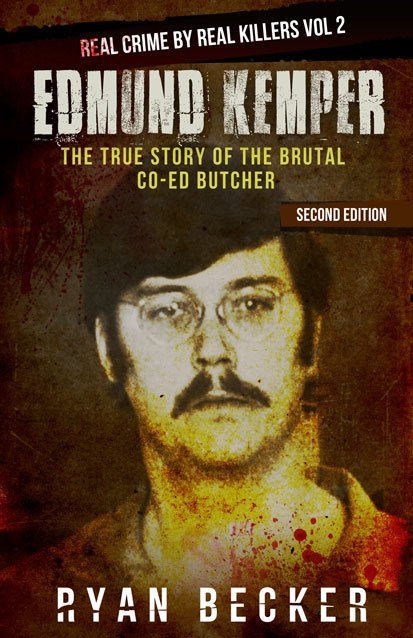 The True Story Of The Brutal Co-Ed Butcher

Welcome To Real Crime By Real Killer. This is a series where we explore how normal individuals turned their darkest fantasy into a reality.

Edmund Emil Kemper III achieved notoriety as a serial killer when he took the lives of 10 people between August 27, 1964, and April 21, 1973. His victims included his adoptive grandparents, six co-eds from the University of Santa Cruz, his mother, and his mother’s friend. This book explored the life of Kemper from his abusive childhood to his sentencing in November 1973.

The horror of Kemper’s actions goes beyond the killing of his victims; it was what he did with his victims’ bodies after killing them. Necrophilia, cannibalism, and dismemberment were all part his routine in his attempts to satiate his morbid desires. Just as terrifying as his dark fantasies were his ability to appear and function as an average person, allowing him to avoid raising suspicion in those he interacted with, including law enforcement.

Contrary to the myth that serial killers kill indiscriminately, Kemper’s killing spree may have been rooted in the hatred that he felt for his mother. In an interview after his capture, he admitted that he was intentionally developing his killing skills with each co-ed that he killed. He was training for the ultimate murder, which was the killing of his mother.

From beginning to end, the book provides insights to why Kemper became a serial killer as well as his mindset behind the killings.

It’s hard to understand how a person can be so evil, yet we see it every day on the news. Found the writer to be well written…just facts. An eye opening book.”

Ryan Becker creates this story based on facts, imagery, and Kemper’s own words from interviews. He makes it possible to read about the details that create these serial killers. Many of them grow up being abused and Kemper’s no exception.”

I found it very interesting to read these true crime stories and to wonder what made these perpetrators do what they do. I enjoyed Ryan Becker’s books because there was enough information given to keep my interest peaking.