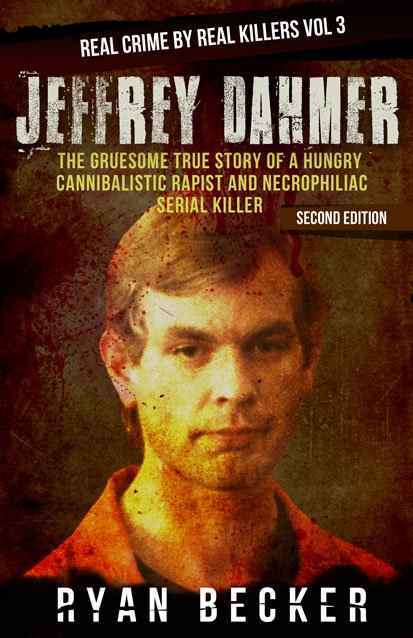 The stories of serial killers often begin with terrible upbringings and sad events of trauma, but not all have such unfortunate beginnings. Some simply develop their evil on their own and become tainted without anyone realizing it.

Jeffrey Dahmer was a man described by his own father as the result of a child becoming lost in the maelstrom while nobody paid attention, of a child who was strange and apathetic but who nobody bothered to ask why…

…The results were catastrophic.
Seventeen men lost their lives and were defiled even after death because of the desires of a neglected young boy who just wanted to fulfill his needs. The following is the tale of said child, the same young man who grew up to become the infamous Milwaukee Cannibal, one of the worst serial killers in humanity’s history.

Jeffrey Dahmer: The Gruesome True Story of a Hungry Cannibalistic Rapist and Necrophiliac Serial Killer is a book that recounts the tale of the Milwaukee Cannibal, a man capable of committing the most truly degrading acts on his victims before and even after death; a man who to his last days — and long after — still haunts the city of Milwaukee with the memories of his horrific murders.

Be warned, reader, you aren’t just about to read about Jeffrey Dahmer and his acts. You are about to walk into his very mind.

Ryan Becker, was able to tell the story pretty straight-forward, talking about the victim, Dahmer and the crime itself. I like the way he writes and gives the reader the story. It is a great read on this troubled serial killer. I do recommend it.”

I’ve read many books and watched many documentaries on Dahmer, but this is by far the best. Mr. Becker’s writing style makes understanding the feelings and emotions behind Dahmer as though you knew the killer. I could not put the book down!”

A fascinating book about a really creepy criminal. This was the first book I have read about Dahmer and it was a trip into a twisted world.