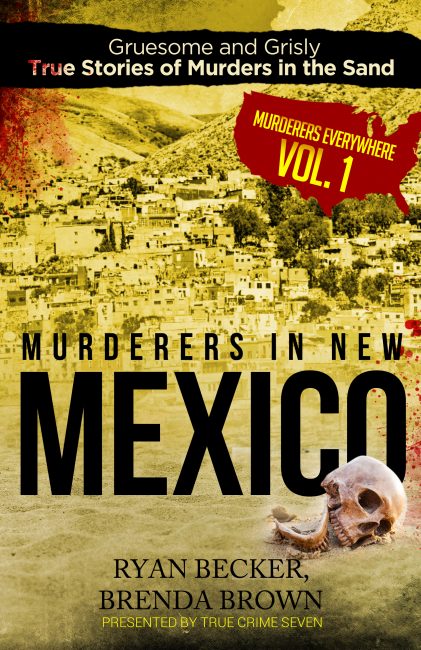 Gruesome And Grisly True Stories Of Murders In The Sand

10 sadistic killers. One state. Countless lives that will never be the same again.

To the outside world, New Mexico is the epitome of art, culture, and pristine, picturesque landscape. For those whom have had the misfortune of bearing witness to what lies below the surface, behind the façade of majestic mountains and miles of beloved desert land, life in New Mexico will forever be jaded by the memory of heinous acts perpetrated upon those they loved.

This often-fabled territory conjures up images of the Wild West, where the blood of ancestors is as commonplace as the cacti, but that dark history opened the floodgates to the worst of modern society.

Deep in the crevices of the land lay secrets—secrets that leave current residents and weary investigators flummoxed and hungry for the truth.

Caused by killers you will soon meet, which includes:

Read on to discover what secrets the soil holds. Find out who roams the land and just how far they were willing to go to put their depravity on display.

MURDERERS EVERYWHERE is a new series of horrendous killings that Ryan, joined here by Brenda Brown, is now categorizing by region – this initial volume being New Mexico. His books tend to be more psychological dissections or autopsies of the minds of the murderers he reports.This book informs and makes us shudder, avoiding ‘the things that go bump in the night.’

No one wants to have the truth hidden from, especially when it concerns their lives and what is happening around where they’re living. These individuals yearning hungrily for the truth to be made known, the truth which might have the investigators as well, flabbergasted by the truth when they found it, regarding any of the heinous acts and their perpetrators contained within the pages of this book.