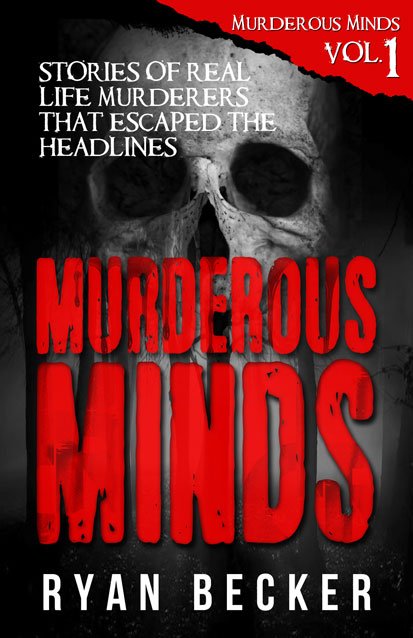 Stories Of Real Life Murderers That Escaped The Headlines

What makes seemingly ordinary people murder?
Are some people born to kill, or does giving into deadly desires and delusions throw a kill switch within them?

Murderous Minds Volume 1: Stories of Real Life Murderers that Escaped the Headlines offers a look inside the lives of murderers who managed to commit heinous acts of evil, yet, often, escape the media attention their crimes merited.

Among the killers in this book, you will read about:
– Sante Kimes, a senior citizen whose greed caused her to kill for profit with her own child.
– Robert James Acremant, an MBA graduate whose lust for a stripper caused him to murder to finance lap dances.
– Larry Gene Ashbrook, whose increasingly bizarre behavior culminated in a mass shooting inside a church

Whether they are killers you are unfamiliar with or those who you want to learn more about, this true account offers a glimpse into what motivates a murderer. By looking at the details of the individual cases, the killers’ lives and the aftermath of their violent acts, this book weaves a tale of Dark Fantasies Turned Reality, and a picture develops of what goes on inside these horrific minds.

Get your copy now if you dare to delve into— The Murderous Minds!

Ryan does a great job on bringing the reader true crimes that’s aren’t as infamous as other cases may be . This doesn’t mean that they are less evil and shouldn’t be publicized.

It’s refreshing to read about crimes that don’t get any publicity, I have read about the same crimes from different authors so this is one that keeps you wanting more of the same. Thanks Ryan Becker for a very interesting book.