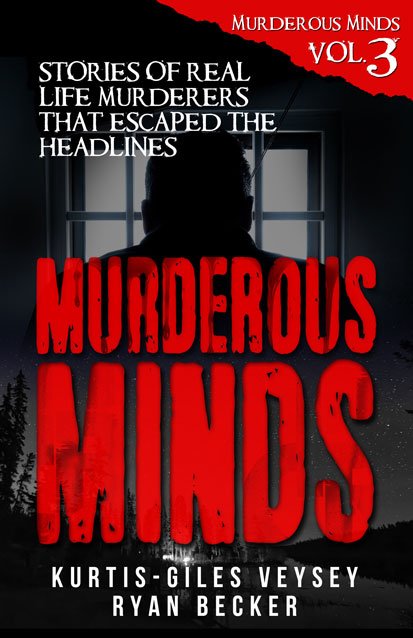 Stories Of Real Life Murderers That Escaped The Headlines

To what lengths will someone go in order to survive?

Does the survival instinct override their conscience and allow them to commit not only murder but also the taboo act of cannibalism?

What happens when a person crosses the line from dark fantasy to real life acts of brutal rape, murder, and cannibalism?

Are these people driven by a desire so insatiable they are incapable of controlling it?

Murderous Minds Volume Three: Stories of Real Life Murderers That Escaped the Headlines is the latest offering in a series that takes you inside the lives of killers who committed cold-blooded murder, for a glimpse at events which drove them to kill. Written within a historical context, each chapter is an unbelievable venture inside the dark and twisted world of cannibal killers whose names and crimes might not be familiar to you.

Among the killers in this book, you will read about:

By weaving a tale in which Dark Fantasies Turned Reality, this book invites you to see life from a perspective few ever witness— that of the killer. Along with a historical look at cannibalism through the ages, these stories beg the reader to answer the question; was the murderer committing cannibalism because he was incapable of resisting the urge to kill and consume or is the explanation simply pure evil?

Get your copy today and decide what you feel actually took place in these— Murderous Minds!

While this book was fascinating to read , not everyone would be okay reading it. Since it concerns human cannibalism, people with weak stomachs should not read it. If you’re interested in reading about true crime and don’t mind reading on the subject of cannibalism, I would recommend this book to you. – Amazon Reader

The stories in this volume are gruesome, but he handles it very well. The research is excellent, as is the writing. I had a hard time putting it down so I finished it in one afternoon. Now I am anxiously awaiting the next one.