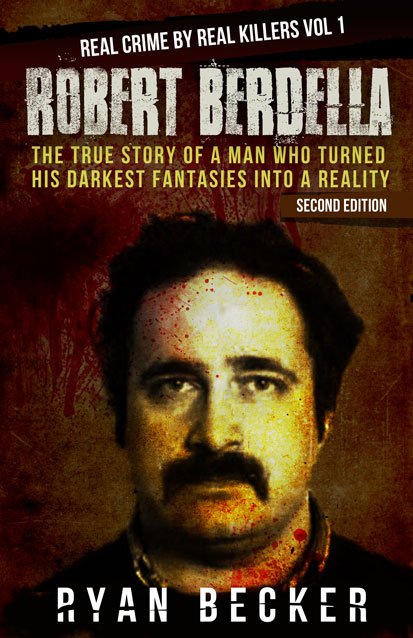 Welcome To Real Crime By Real Killer. This is a series where we explore how normal individuals turned their darkest fantasy into a reality.

We may not always see what truly hides within the minds and hearts of certain people, and where we believe is a good, pure individual, lays a terrible murderer capable of the most horrible acts.

Robert Berdella was one such man, a helpful and friendly individual who — in a spree separated by a few years — managed to capture and horrifically torture seven young men, murdering six along the way. Control and dominance were his tools, and pain was his method.

The Kansas City Butcher had no mercy, and his victims soon learned that he had no limits in terms of defiling or humiliating their bodies, minds, and spirits once they were bound and gagged.

Robert Berdella: The True Story of a Man Who Turned His Darkest Fantasies Into a Reality is a book that recounts the tale of the Kansas City Butcher, a man capable of committing the most truly degrading acts on his victims, a monster who will never be forgotten by the families of those young men whose lives he destroyed.

Be warned, reader, you aren’t just about to read about Bob Berdella and his acts.

You are about to walk into his very mind.

This was a definite read-all-the-way-through-without-stopping book. Yes, it’s somewhat graphic, but not terribly sickness inducing graphic, which (to me) says a lot about Mr. Becker’s writing. That he can put these atrocities into a book so clearly and concisely, without making his readers “gross out” is a great testament to his writing.

Such a man as Robert Berdella, torturous and dissecting young men through homosexual means. His story is sickening and his madness complicated enough that it gets to the root of your fears. Ryan Becker has captured the complexities of a dangerous mind. Very well written with a knowledge only a true crime writer can produce. For those who enjoy this genre, I can give it a thumbs up.