The Butcher of Humanity 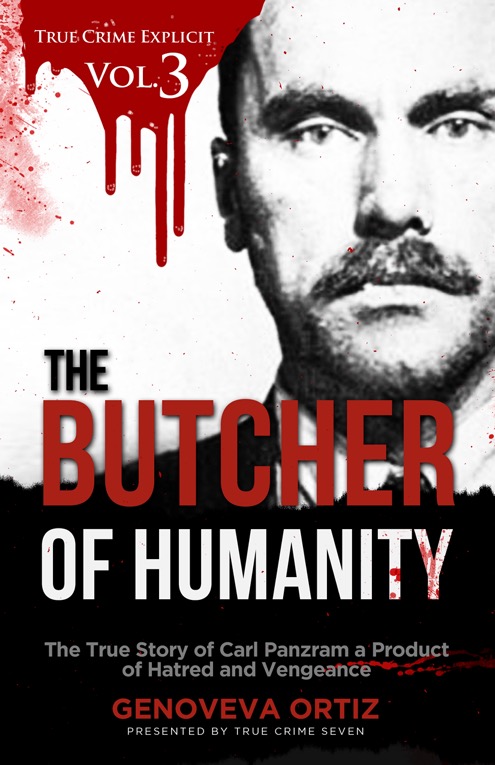 THE BUTCHER OF HUMANITY

Is it nature or nurture? Was one of the world’s cruelest serial killers created by his surroundings, or was he born that way?

Get ready to go on a dark and chilling journey through the mind and actions of one of the world’s cruelest serial killers ever – Carl Panzram.

Born on a dying farm and soon abandoned by his father, Carl Panzram’s life was bleak from the start. While other children played and went to school, he toiled away on his family’s land, the threat of brutal punishment always looming over his head.

Yet instead of shaping him into the meek, obedient boy his family wanted, Panzram grew meaner with each passing year. His first arrest happened before he had even turned ten.

The young troublemaker would soon find himself at the mercy of cruel teachers, pastors, and jailers alike. They tried to beat goodness and religion into him but ended up kicking all the goodness out.

When he broke free, he only had one goal in life: to cause as much pain and suffering as he could.

Find out what made this cold-blooded killer so wicked and how he earned the nickname “the Human Animal.” Draw your own conclusions as you take a peek inside the devious mind of Carl Panzram.

CAUTION: True Crime Explicit is a series that contains descriptive accounts of abuse and violence. If you are especially sensitive to graphic content, it is advisable to avoid this series.

The writing in this book is fraught with the highly graphic descriptive accounting of Panzram’s brutal and heinous behavior, which should be avoided in reading by anyone who is fainthearted. Given the intense nature of this book and my being an aficionado of the genre of true crime, I’ve given this book and its authors 5 STARS.

This is the story of the vicious killer Carl Panzram. It’s terrifying in that this is a true story of a man who roamed the country and other continents meting out devastating cruelty & murders wherever he went. Genoveva Ortiz is making a name for herself in the true crime genre through the assistance of the publisher that releases her books (True Crime Seven) and her writing style.