The Vampire of Sacramento 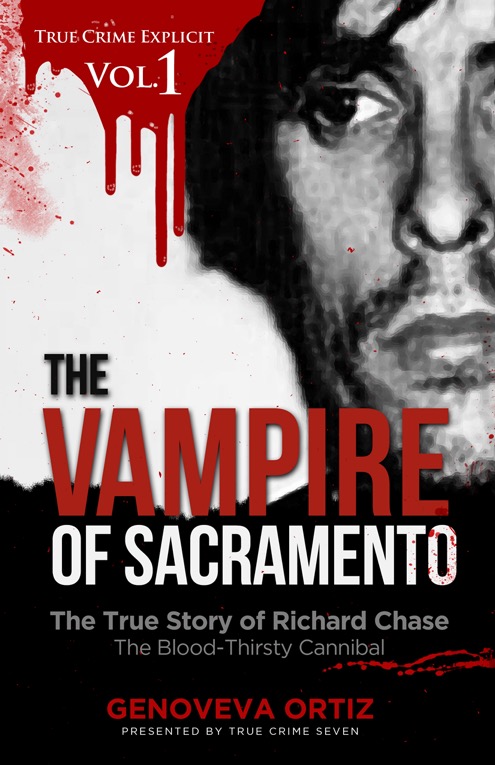 THE VAMPIRE OF SACRAMENTO

The True Story Of Richard Chase The Blood-Thirsty Cannibal

Even the coldest-blooded killer was once a child.

Richard Trenton Chase started life without a hitch. Popular and well-liked, his future looked bright as the Cali sun… but those around knew nothing of the dark truths that he fostered. His parents’ marriage was rapidly falling apart, and soon he began to suffer from strange health problems. Rapidly declining, he decided there was only one solution…

… and that was blood.

Richard’s childhood fascination with death became a full-blown psychotic obsession, and the fear of losing his blood drove him to butcher and consume animals. In time, however, this wasn’t enough, and Richard turned to larger game.

The Vampire of Sacramento became one of California’s most notorious serial killers, and Chase’s crimes still haunt law enforcement to this day. But how did it happen? And could these crimes have somehow been prevented, sparing lives and untold sorrow?

Draw your own conclusions as the judge of this disturbed young mind. Was Richard Chase an evil soul or simply sick and lost?

CAUTION: True Crime Explicit is a series that contains descriptive accounts of abuse and violence. If you are especially sensitive to graphic content, it is advisable to avoid this series.

Richard Chase believed he needed more blood because it was being depleted from his system through the efforts of others. At first he would drink the blood of dogs, cats and rabbits. Then he moved on to bigger game—humans. Apparently the blood didn’t suffice as he munched on viscera as well. This story is not for the squeamish!

An amazing read and one that makes your blood curdle. The story of Richard Chase is one you have never read before, especially in the capital of California State. Give yourself the chance to delve into it. You will be glad you did.