While the knife sinks in to its victim, a torrent of blood gushing from a gaping wound as the killer’s victim falls lifeless to the floor, we are snacking on popcorn and Milk Duds from the safety of our seats. When the movie ends, we get to go home, leaving all the terror on the screen, but for these next seven films you can’t just tell yourself it’s only a movie because they were based on actual, real life murders.

Widely accredited by critics, film directors, and audiences alike as one of the greatest and most influential films of all time, Silence of the Lambs was actually an adaptation of a novel of the same name by author Thomas Harris. But its origin goes even deeper and darker, for Harris’ fictional killer Buffalo Bill was based on a man who infamously became known as the “Butcher of Plainfield,” who, like Buffalo Bill, also harvested the skin of his victims and repurposed them into various objects such as leggings from human skin and other perverted amalgamations, but also ate soup from their hollowed skulls. His name was Ed Gein.

Gein was arrested in 1957, when police found local Plainfield, Wisconsin, woman, Bernice Worden, gutted and decapitated in a shed on Gein’s property. Along with the shocking discovery of her body, police also discovered dozens of items made from human remains, which Gein would later reveal to investigators were exhumed from three separate graveyards over a five-year period.

Gein’s aberrant infatuation with human skin also led to the popular horror series The Texas Chainsaw Massacre, but before this list is through, we will once again be introduced to Ed Gein, who was also the main inspiration behind what is proclaimed by many to be the best horror film in history, for an entirely different and equally abhorrent fascination. 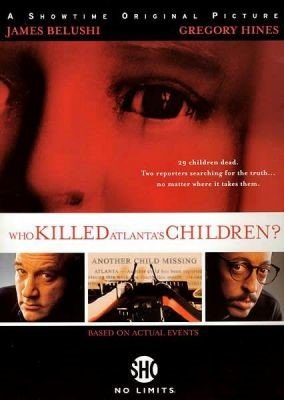 Between the years of 1979 and 1981, at least twenty-eight African-American children came up missing, many found dead, leading to one of the largest manhunts in America’s history and became the first instance in which the FBI utilized criminal profiling, a new field of study by the Behavioral Science Unit.

This made-for-TV movie, starring Jim Belushi as reporter Pat Laughlin, takes place four years after a single suspect named Wayne Bertram Williams was arrested for the murders, but for lack of evidence linking him to the death of the children, was only charged for the murder of two adults. Sound familiar? That’s because this very case was also the subject of season 2 of Netflix’s highly acclaimed series Mind Hunters.

After Williams’ arrest, the FBI and local police were satisfied they had their suspect in custody, despite a formal conviction on behalf of the children, but journalist Pat Laughlin and editor Ron Larson were not convinced and traveled to Atlanta in order to seek out the truth behind the murders and follow early leads in the case that pointed to the infamous Ku Klux Klan.

During the height of slasher films in the 1980s came a truly horrific film that perpetuated the already-growing stigma that rivaled Cinderella’s stepmother, the dreaded stepfather.

On November 9th, 1971, when John List began to realize that his family had begun to stray from their relationship with God, he decided to do the only thing that made sense to him. He murdered his entire family—wife, mother, and three children—believing that they were better off to die now and ascend to heaven as opposed to falling into a life of sin and, thus, ending up in eternal Hell.

List left a note explaining his actions to his pastor and disappeared without a single trace. Police would not discover his family’s bodies in the house for nearly a month.

Likewise, in this 1987 classic, a man named Henry Morrison, loosely based on the life of mass murderer John List, consumed by the ever-elusive idea of a perfect family, murders his entire family, changes his appearance, and creates a whole new identity elsewhere simply because they no longer exemplified his ideal family.

Before long, he would settle down with a new wife and children. Unfortunately, when family relations inevitably soured, he knew he would have to move on and start over, just as he had before.

Later coined the Backpack Murders, seven bodies, often foreign tourists backpacking through Belango State Forest, were found, mostly with multiple stab wounds, although one victim had purportedly been used as target practice, and another decapitated.

The helplessness that these seven victims certainly felt, all alone in the woods, became the inspiration behind this critically acclaimed horror thriller set in the Australian outback.

We all know the house that, according to the many films and remakes, contained a direct passage to Hell in its basement; its semi-circular windows lit up in an ominous red aura surrounded by thick, dense forest with a small pier on the lake. 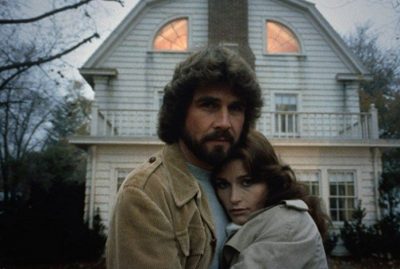 The film follows a fictional tale of the real-life Lutz family, who moved out of their newly purchased home after only a month claiming to have been terrorized by paranormal phenomena.

This came only a year after a family of six was shot to death in that very home by their eldest son in their sleep after administering sedatives. The case hit public headlines as the details unfolded, often alluding to the occult by defense attorney William Weber, determined to receive an insanity plea for killer, Ronald “Butch” DeFeo, Jr. 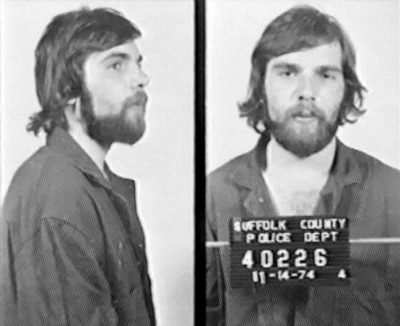 Reveling in the newfound limelight of media coverage on account of the highly publicized case, Weber likely embellished the details further in order to keep the cameras focused on Butch and, therefore, upon Weber as well. This led to a series of paranormal horror films that attributed the killer’s insanity to demonic activity. Although the truth is a little less garish, it is certainly no less violent.

This next film, although critically received, certainly made some waves, especially in the United Kingdom. A movement was currently making its way through the UK led by more conservative groups which eventually led to the film’s censorship under the Obscene Publications Act of 1959 due to its violent and graphic nature and was removed from retail shelves.

The film focuses on the killer, simply known as Judd—inspired by Texas serial killer Joe Ball—who would kill his victims before disposing of their bodies by feeding them to alligators, falsely believing the legal term corpus delicti meant that he could not be convicted if there were no bodies to be found. 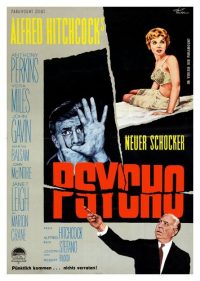 Remember Ed Gein? We now return to the seemingly quiet farm owner who made clothing and furniture out of exhumed human skin and organs. As vile as an obsession with human skin harvested from dead bodies is, another fascination plagued him, leading to the novel Psycho by author Robert Bloch which was then adapted into one of Hollywood’s most iconic horror films to date by legendary director Alfred Hitchcock. 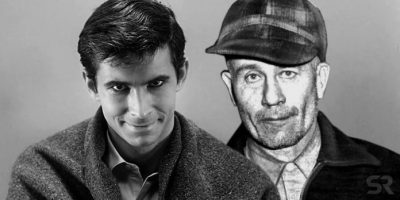 Much like ‘Bates Motel’ owner Norman Bates, Gein also had a strange fascination with his deceased mother. Spoiler alert! Psychiatrists would later theorize that he was attempting to make a “woman suit” so that he could further delve himself into the delusion of pretending to be his own mother. 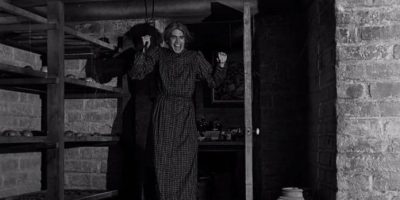 Next time you go to the theaters to see the latest slasher or psychological thriller, consider the possibility that there may be more fact than fiction. You will never again watch horror films in the same way you did before.