86 Terrifying Murder Cases For Your Night

The following is a chapter from the book “True Crime Stories Anthology: 86 Terrifying Murder Cases For Your Night Time True Crime Binge”.

“What this seems to be is a revelation of your very darkest side, ma’am,” said Judge Arthur Anderson, as he stared at Marjorie Orbin during her sentencing hearing. “When that dark side is unleashed, it’s about as dark as it gets,” he continued. 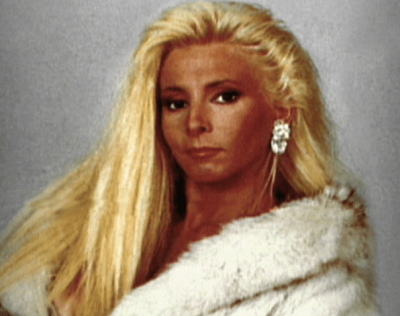 The judge spoke these words from his bench on September 8th, 2004, in a courtroom in Phoenix, Arizona. It was the start of fall in Arizona, a welcome reprieve from the blistering heat of the summer. It was not only the torrid heat that ended however, but a dark chapter of this desert community’s crime annals.

The residents of Phoenix enjoy a patchwork of preserved desert areas throughout the city. However, on October 23rd, 2004, the rugged beauty of the area was eclipsed by a morbid find at the corner of Tatum and Dynamite Road, in North Phoenix. The Phoenix Police Department’s 911 call center received a panicked call from an individual who was hiking in the area.

Police quickly arrived at the desert location, and the hiker led them to a spot that was not far off from the residential streets that surrounded the reservation. When the officers reached the site, they instantly knew that this was not a routine call. Detective Dave Barnes, of the Missing Persons Unit, arrived on the scene minutes later. A putrid smell filled the air as Barnes walked toward a 50-gallon Rubbermaid bin. “As we walked up you could smell the death in the air. Once you smell it, you know what it is for the rest of your life…it’s the first time I had ever seen anything like that, where it’s – just a piece of body,” he would later say.

Barnes removed the lid and carefully opened the black trash bag contained within. Inside the trash bag was the bloody, dismembered torso of an adult male. Barnes would later tell a reporter, “All of the insides, all of the internal organs, intestines were missing…I thought, ‘Who could do this to a human being? Cut off his arms, his legs, his head?’”

The grisly find was located less than two miles from the home of Marjorie Orbin, who lived in the 17000 Block of North 55th Street. Butcher had a strong suspicion that he had just found the torso of her missing husband; Marjorie had filed a missing person’s report on September 22nd, 2004.

Jay Orbin was the successful owner of Jayhawk International, a dealership that specialized in Native American Art. He frequently traveled for business purposes, and it was not unusual for him to be gone three weeks out of the month. It was through his business travels that Jay met Marjorie.

The Stripper and the Salesman

Marjorie had been married seven times before meeting Jay at the age of 35. Marjorie was unable to conceive children and had lived a life with herself as the central focus. She entered each relationship looking for her Prince Charming, but it never happened.

Michael J. Peter was a very successful businessman who had made millions creating upscale strip clubs around the world. Marjorie left Peter because she believed he was cheating on her.

She moved to Las Vegas, where she danced at a strip club. It was at this strip club in 1993 that she met Jay, who was traveling through Las Vegas. They had been dating for a while when Jay proposed to Marjorie, offering to pay for fertility treatments if she married him. Marjorie accepted Jay’s proposal, and they got married at the Little White Wedding Chapel in Las Vegas.

Soon afterward, they moved to Phoenix, where Jay lived. Marjorie was able to conceive and gave birth to their son, Noah. The couple divorced in 1997 but continued to live together. Marjorie had problems with the IRS and did not want Jay’s assets to be vulnerable.

September 8th, 2004, Jay was driving back to Phoenix from a business meeting when he got a call from his mother, wishing him a happy birthday. That call was the last time anyone spoke to Jay.

When Jay’s parents, brothers, and friends called his home, Marjorie told them that he had gone on a business trip and would not be returning until September 20th. During that time, those who cared about Jay could not reach him on his cell phone. His parents and friends expressed their concern to Marjorie; however, she said she did not know what was going on with him.

People who spoke to Marjorie about Jay stated that she expressed little concern for his welfare. Jay’s intended return date passed, and still, nobody could reach him. When they inquired with Marjorie, she continued to remain aloof to their concerns. After continued pressure from friends and family, a missing person’s report was filed on September 22nd.

The Police Department assigned Detective Jan Butcher to the case. She interviewed Marjorie, who indicated that the last time she’d seen Jay was on August 28th, when he had attended his son’s birthday. Butcher became suspicious of Marjorie on September 28th, after leaving voicemail messages for her before she called back. “I asked her to provide me the license plate of the vehicle Jay was driving. She said she would call me back. She never did. So, that was a little bit odd,” she later told a reporter.

From that point on, Butcher’s suspicions only continued to grow. Credit card and phone tower records indicated that Jay had arrived at his home in Phoenix on September 28th, which didn’t match Marjorie’s claim that she had last seen him on August 28th.

When detectives checked Jay’s credit card records, they found that Marjorie was spending thousands of dollars, including purchasing a $12,000 baby grand piano, while the business account had a withdrawal of $45,000. Within one day of reporting Jay missing, she had liquidated a total of $100,000 from Jay’s personal and business accounts.

A final cause for suspicion arose during a call that Detective Butcher made to Marjorie requesting that she take a polygraph test. Butcher heard Marjorie remark to someone in the background, “You know what? She wants me to take a polygraph tomorrow.” A male voice replied, “You tell her to go f— herself.”

Butcher obtained a search warrant and went to Marjorie’s home, accompanied by a SWAT team. The SWAT team forced their way in and encountered an adult male, Larry Weisberg. Larry was Marjorie’s new boyfriend and the voice that had been heard in the background of the phone call. Weisberg was combative, resulting in police tasing him.

Police searched the premises and found a large number of credit cards belonging to Jay, plus his business checkbook, items that he always kept with him when traveling. Though police did not make any arrests, their surveillance of Marjorie deepened. It was shortly after Marjorie’s home was searched that police found Jay’s torso in the Rubbermaid bin in the desert.

DNA evidence confirmed the torso belonged to Jay Orbin. The Maricopa County Medical Examiner’s Office inspected the torso and concluded Jay had been shot and his body frozen. At some point, the body had been defrosted, and a jigsaw was used to dismember and decapitate it.

When searching Jay’s business, police found a packet of jigsaw blades, with some of the blades missing. The Medical Examiner’s Office determined the blades from the business matched the cut marks on the torso, where the limbs and vertebrae were severed.

Detectives traced the UPC code on the Rubbermaid bin back to a Lowes Home Improvement store in Scottsdale. The detectives scored big when they viewed video from the store’s surveillance cameras and saw Marjorie purchasing the Rubbermaid bin, trash bags, and black tape. Police detained Marjorie when they caught her forging Jay’s signature while making a purchase at a Circuit City store.

Jay’s remaining body parts were never found, nor the gun that was used to shoot Jay.

Marjorie and her boyfriend, Larry Weisberg, were arrested on December 6, 2004. Weisberg was offered immunity if he agreed to testify against Marjorie, who was sentenced to life in prison on October 1st, 2009.