The field of true crime podcasts is steadily rising in popularity, and for a good reason. This platform elevates True Crime to a genre that can be consumed on the go or during another activity. True Crime enthusiasts no longer have to wait until the end of the day to sit down and read or watch something about riveting cases — they can listen in during the commute to work, while working out, or while preparing dinner. There’s no shortage of podcasts to choose from, however, here’s my handpicked ten favorites. 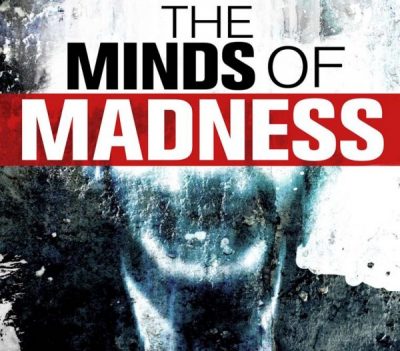 Minds of Madness is a podcast from Toronto, Canada hosted by a man named Tyler. Tyler became interested in true crime podcasts, and, once he began running out of ones to listen to, decided to create his own. His background in editing sound for film and television made him well-qualified to do so, and he began the show in his basement. The podcast has only been out for two years, but it’s already quickly gaining popularity, having won the Canadian Podcast Awards. The show mostly covers cases many true crime enthusiasts may not be as familiar with, which makes it all the more interesting. This podcast is a good one to play when you’re looking to explore cases that haven’t been covered numerous times. It’s available through Apple Podcasts, Google Play, Spotify, Stitcher, and TuneIn.

9. They Walk Among Us

Photo Credit: They Walk Among Us

They Walk Among Us is a UK-based podcast which focuses on crimes in the UK. This niche makes it excellent for not only British true crime enthusiasts who may want to learn more about their regional cases, but for true crime enthusiasts overseas who want to hear about foreign crime. The podcast is created and run by a husband and wife team, Benjamin and Rosanna Fitton, based in Northamptonshire, England. The podcast was aired in 2016 and is currently on its fourth season. They Walk Among Us is vividly descriptive and well-researched, and its writing style makes one feel as if they are there. This podcast is a brilliant way for UK true crime enthusiasts to learn about cases from their region, whether they be infamous or little-known. Even foreign fans will enjoy it and its enthralling, vivid writing and chillingly lulling narration. They Walk Among Us is available through Google Podcasts, Apple Podcasts, Spotify, Stitcher, Pocket Casts, Podcast Addict, and Overcast.

Cults is an excellent podcast for anyone interested in cult murders. They feature both well-known and lesser-known cult cases, peppering in the psychology behind cult mentality and the psychiatric issues many of the cult leaders have. Their insight into how the minds of both cult leaders and cult members work is both fascinating and well-researched. Many of their older podcasts are now archived on Stitcher.com, but the show is also available on Apple Podcasts, Spotify, and Google Play. Cults brings a psychological and psychiatric viewpoint on true crime, which is something True Crime Seven enjoys highlighting as well. If you’re looking to learn about cults or psychology, this podcast is a great place to start.

Sword and Scale is a podcast that feels somewhat like a Dateline episode, with a captivating narration medleyed with actual 911 audio, trial audio, interrogation tapes, witness testimony, and interviews with those involved in the cases. It has been going strong since 2014, although they replaced the creator and original host after he made some sexist remarks. Now hosting the show is the owner of Websleuths, Tricia Griffith, who is also a seasoned broadcaster. Her voice is one of those you’d find in any famed crime shows, adding a further suspenseful, professional quality to the podcast. Sword and Scale often cover some of the most shocking cases of our time, and the “immersive audio experience”, as they label it, makes the show hard to tear yourself away from. The podcast is available on Spotify, Apple Podcasts, Stitcher, and through their website.

Casefile: True Crime is an Australia-based true crime podcast, which, unlike other crime podcasts, is scripted, the script derived from police reports, eyewitness accounts, interview recordings, and other reports. Additionally, the host remains anonymous, with someone stating that the host wished to remain anonymous because he wanted the facts, stories, and questions to speak for themselves. The host conceived the idea for the podcast after he’d had surgery and spent his time while recovering listening to podcasts and watching True Crime shows. He started the podcast in 2015 in his spare room, and by now the show has genuinely taken off, with a large team composed of a producer, four writer/researchers, two composers, and more. The researchers take their job seriously, even traveling internationally to get peak access to foreign cases now that the podcast has expanded beyond merely exploring Australian cases. Casefile: True Crime is descriptive and absorbing, making one feel as if they are watching the events transpiring before them. The show does a remarkable job of bringing both the cases and the victims to life. Casefile: True Crime is available on Apple Podcasts, Google Podcasts, Spotify, Castbox, Stitcher, and RSS Feed.

My Favorite Murder is a true crime podcast with a comedic flair hosted by comedians Georgia Hardstark and Karen Kilgariff. It aired in 2016 and since has regularly appeared on iTunes’ Top Ten charts, and it currently has 19 million monthly downloads. The combination of True Crime and comedy is better than it may sound; not only is it amusing, but the comedy aspect makes the horrific cases less jarring and more palatable. This dark-comedy feature to the show is most assuredly one reason the podcast has grown so wildly popular. The two hosts met at a Halloween party two years before launching their podcast and quickly began to bond over their shared interest in True Crime. They cover both widely known cases and lesser-known ones, which makes listening to it all the more enjoyable. The trademark humor of the podcast is the hook, and it’s a terrific, casual way to get your daily True Crime fix. My Favorite Murder is available on Spotify, Apple Podcasts, Stitcher, and Player FM.

Photo Credit: Up and Vanished

“Up and Vanished” is an investigative, documentary-style podcast hosted by filmmaker Payne Lindsay of Tenderfoot TV Studios. The first season, which premiered in 2016, was about the disappearance of Tara Grinstead, and the second season was about the missing person case of Kristal Reisinger. Initially, Lindsay wanted to film a documentary film about a crime from his home state, Georgia. Upon looking into infamous Georgian crimes, he stumbled across the disappearance of Tara Grinstead. He decided to veer from the path of a documentary film and, instead, capture the story in a podcast series. One of the most notable aspects of the series is its investigative journalistic approach and dogged hands-on research. Up and Vanished, with this style, is the perfect podcast for true crime enthusiasts who enjoy documentaries and are looking to branch out into podcasts. The research is hugely hands-on and detailed, just as it would be in a film documentary, which is a unique and attention-grabbing aspect. The podcast is available on Apple Podcasts, as well as many streaming websites. 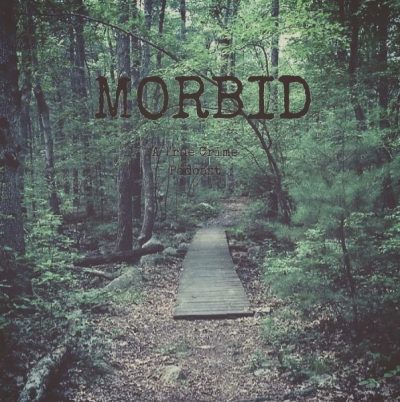 Morbid covers a wealth of cases, which includes some of the cases which have captivated Americans since they first came to light. Among these are the Black Dahlia murder, JonBenet Ramsey, the mysterious death of Kurt Cobain, Charles Manson, and many infamous serial killers. The podcast is hosted by two childhood friends, Alaina and Ash, who have shared an enduring interest in True Crime and decided to make a podcast centered around it for like-minded people. According to them, they were “essentially raised as sisters”, and it was Alaina, now an autopsy technician, who introduced Ash to True Crime, sparking a lifelong interest for both of them. In addition to True Crime, the podcast also covers historical elements such as witch trials, paranormal occurrences, and even urban legends, meaning there truly is something for any mood. The fact that the show covers some of the quintessential true crime cases of our time makes it the perfect place for someone to begin their exploration of the genre. Morbid is available on Apple Podcast, Google Play, Spotify, Stitcher, Podbean, Podtail, TuneIn, Player FM, and Podcast Addict.

Southern Fried True Crime is a very underrated podcast, hosted by a native Tennessean, which highlights cases from the South. As a native Tennessean and True Crime writer, I enjoy not only the familiar accent of the host but also exploring cases from virtually my very backyard. The show delves into both historical and modern cases, widely known and lesser known. The series is recommended for any Southern true crime enthusiasts or authors, though the enjoyment is not exclusive only to those from the region. The podcast is available on many streaming websites, as well as Spotify and Apple Podcasts. 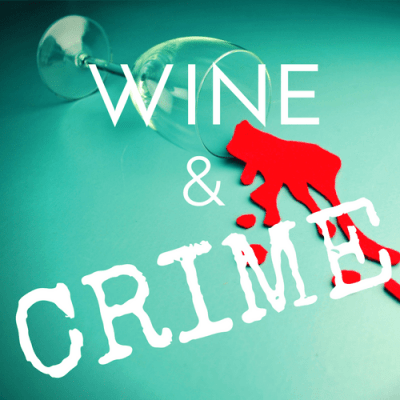 Wine & Crime is a podcast hosted by three childhood friends, Lucy, Kenyon, and Amanda. As the name implies, the three drink wine and discuss True Crime, with a wine pairing picked out to match each specific topic they discuss. The three also combine True Crime with humor and comedy, and each episode is about a different theme, including blood spatter, vampire serial killers, forensic anthropology, cannibals, necrophilia, Munchausen’s syndrome, and every other topic a True Crime enthusiast could wish to learn about further. Their insights into specific subjects and aspects of crime, due in part to their research skills, is a wealth of information for crime bloggers or budding crime authors. The comedic element lightens the stomach-churning topics discussed, and the laidback, casual, friendly atmosphere the three create is an additional quality that makes it so enjoyable. The podcast is available on SoundCloud, Spotify, Apple Podcasts, Google Play Music, PocketCasts, Overcast FM, Castbox, Podbean, RSS Radio, or on their webpage’s Listen page.