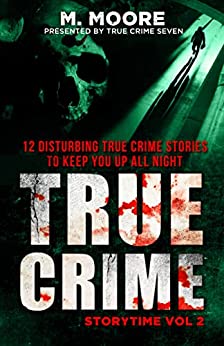 12 Disturbing True Crime Stories to Keep You Up All Night

During the great depression, some people just wanted to survive…

But some people wanted to kill.

The 1930’s were known for the great depression. While news at the time focused on the most dire situations, many awful, gruesome murders were left as second page prints—if mentioned at all. Don’t let this fool you; these murders prove that during a fight for survival, some people’s capacity for evil can surprise you.

The facts may shock you in these ones, so pay close attention. You’ll follow along with four murderers and their twisted tales of depravity and bloodlust. We recommend you leave the lights on while reading.

These four tales of forgotten murderers are sure to live on in the darkest recesses of your mind long after you’ve turned the final page.

Most of these stories were new to me. I appreciate new content.

We’re these people pushed to the edge due to the times being financially difficult? I don’t know, but either way, they were done, & people paid the price. True crime, no matter who it was who committed the crime, is still a crime. These stories are sad