The Corpse Collector – The True Story Of Dorothea Puente, The Boarding House Killer

The following are the first chapter from the book “The Corpse Collector The True Story of Dorothea Puente, the Boarding House Killer”

Chapter One
The Early Years

If you heard Dorothea Puente tell her story, she might have told you that she had been born in some obscure, faraway nation, and that she was descended from royalty, or even that she had been a childhood survivor of horrific war crimes. She would have told you anything but the truth. In reality, the woman who would become one of America’s most notorious female serial killers began life under unexceptional circumstances.

Dorothea Helen Grey was born on January 9, 1929, in San Bernardino, California. She was the sixth out of seven children and her parents were thoroughly working class; her father a veteran from Missouri, and her mother a tough, rebellious woman from Oklahoma. Their union was an unhappy one, and from birth, Dorothea was both a witness to and a recipient of their hostility.

The father, Jesse James Grey, lived every day in pain and abject misery. He had fought on the front lines of World War I and became a victim of a mustard gas attack. This caused irreparable damage to his lungs that grew worse throughout the 1930s. The entire experience had left Jesse Grey shell-shocked and bitter. He would regularly tell his children that the world was cruel and unfair, and that he despised his own life. On particularly bad days, he would threaten to kill himself in front of the family, once by climbing a water tower with the intent to jump, but usually by holding a gun to his head while the children pleaded for him to stop.

By contrast, his wife, Trudy Mae Grey, was a bold, irrepressible woman. Whereas life had worn her husband down, it had toughened her up. She liked to hang around tough crowds, joined up with motorcycle gangs, worked as a prostitute, and disappeared for days at a time. She would return home exhausted, hung over, and on at least one occasion, battered; her children recalled seeing her walk through the door, both eyes black. Despite her many children, Trudy Grey never managed to develop maternal feelings, and she struggled with motherhood. 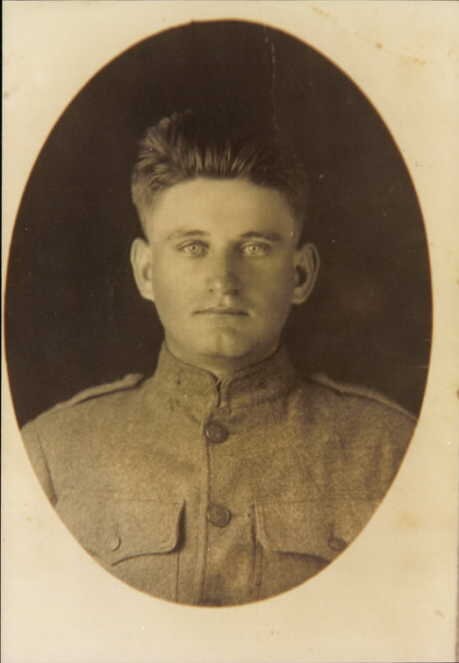 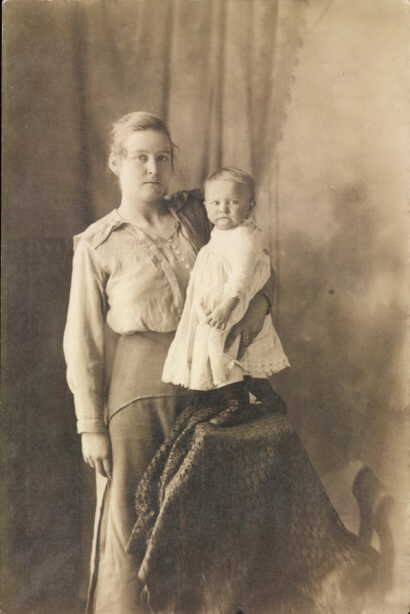 Both of Dorothea’s parents were alcoholics. After nights of heavy drinking, little Dorothea and her siblings watched them swearing and quarreling with each other, often resorting to physical violence.

With her parents wrapped up with their own demons, Dorothea was left neglected until her older siblings, all still just children themselves, stepped in to take care of her. Unfortunately, they could do little to help her when their mother and father did turn their attention to her in the worst ways possible. During one of her long drinking benders, Trudy Grey left Dorothea and a brother locked up in a small closet. They were not allowed out until Trudy returned days later, demanding that they clean up her puddles of vomit.

Ironically, it was Trudy herself who soon found herself locked up within her own house. Her eldest child, Jim Grey, secured her inside the pantry in an effort to keep her from running away again.

When night came, the Grey children were often alone and hungry. It was not uncommon to see them all wandering the dark streets in a frantic search for their next meal. At those late hours, most decent people who might have fed them were asleep while a more malicious sort were on the prowl. Dorothea, as the youngest and most helpless of the girls, was sometimes pulled into the shadows by a stranger and then sexually assaulted. 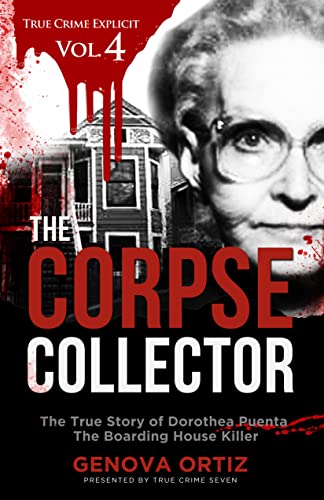 Trudy would become enraged, not by the attack on her child, but by her children begging for handouts, as it made her look bad to the neighbors.

Though she was far from nurturing, Trudy nonetheless had a strong sense of compassion for her fellow downtrodden, namely the alcoholics. She wanted to imprint this compassion into her daughter’s mind. “Mother once made me promise to feel sorry for alcoholics and to take care of drunks,” Dorothea would later recall.

In the 1930s, the family moved to Los Angeles to be close to a veteran’s hospital. The Great Depression had hit the Greys particularly hard. Jesse’s condition made it difficult to breathe, leaving him too weak to provide for his family on his own. Before the war, he had been a farmer doing quite well for himself, earning up to fifteen hundred dollars a year. Years went by, his family grew, and there were more mouths to feed, but he was finding himself bedridden more and more. The monthly compensation he earned for his veteran status helped, but it was not enough to feed a family of nine. With little other choice, the children would soon be out in the fields picking crops while their mother worked the streets. 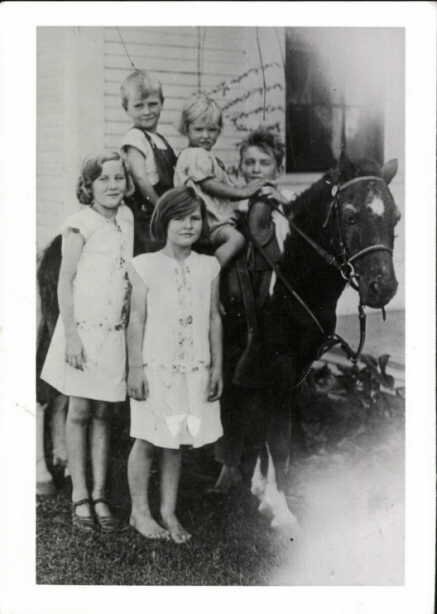 Even four-year-old Dorothea toiled away in the dusty fields baked by the southern California sun. As an adult, she would recall having spent much of her early childhood picking vegetables and getting them ready for pickling. When not working the fields, she was climbing up trees and harvesting fruit.

This sort of low-paying agricultural labor meant the family had to move frequently to keep up with work. They cycled between California, Oklahoma, and Texas, picking up and leaving when the rent was due. Without a permanent home, life only grew more unstable. The stressed-out parents began arguing more frequently than ever. The children continued to raise themselves, and eventually the eldest moved away to start lives of their own.

It came as no surprise that Dorothea found her childhood unbearably lonely. In order to cope with her harsh reality, she began to fantasize about a happier one. At first, the adults around her initially believed that she simply had an active imagination, but as she grew older, Dorothea receded further and further into her make-believe life. She told everyone she met that her parents were in Mexico, and she had been the youngest of eighteen children, all born and raised south of the border. Though she attended school infrequently, she nonetheless managed to gain a reputation among her teachers as an habitual liar.

Given that life was only about to grow bleaker, it is not difficult to understand her refusal to accept the real world. She and her siblings were split up and put under the care of different relatives after an aunt reported the grim conditions they were living in. When interviewed about her home life, Dorothea told investigators, “I want to live with Daddy, and if I can’t live with him, I want to live with my sister. I don’t wanna live with mama. I can tell when Mom drinks because she gets so mean I can smell it.”

By the mid-30s, her father’s lung issues developed into tuberculosis. The prognosis was terminal. When she was allowed to reunite with him in 1937, Dorothea ended up spending much of her time as his caretaker, watching him grow weaker and weaker until he had wasted away to only one hundred eighteen pounds. Within a month of their reunion, Jesse James Grey would pass away.

Struggling, Trudy moved her brood to San Dimas by the end of the year. She started drinking heavier than ever, something the teachers at her children’s schools quickly took notice of. The children were split up among family again, though for some unknown reason, Dorothea was overlooked, left alone with a mother she was terrified of. When the authorities caught wind of their mistake, they returned for her as well as an older sister, Audrey, and her brother, Ray June, the youngest of the siblings. The three were placed in the Church of Christ Home in Ontario, California.

The next blow to her psyche came late in 1938. Her mother, who had run off with a lover and a motorcycle gang, had gotten in an accident and died not long after Christmas. She and the rest of the Grey children only found out after they were dropped off at the funeral.

Incidentally, on her death certificate, Trudy’s occupation had been listed as nurse. She had been a housewife her entire adult life.

It was two weeks shy of her tenth birthday, and Dorothea was seemingly all alone in the world. Any hope she may have had of returning to what was left of her family was instantly dashed. She was now an orphan in the truest sense of the word.

For the next couple of years, she was shuffled around the homes of relatives and foster families, never staying in one place for more than a few months. A local foster family that had taken in an older sister of hers wanted to take her in too, but Dorothea fled from their home. In 1944, she moved in with her brother, Jim, and his wife, Louise, in their home in Napa and started her freshman year of high school.

She immediately became popular in her new school, thanks entirely to her bizarre stories. Her brother’s wife was Portuguese, so she told everybody that she was too. In classes, she pretended to struggle with English as her native language was Portuguese. Thus, she needed to have someone translate her homework for her before she could do it. Intent on impressing others, she claimed to have a genius-level mastery of other subjects such as math. Unsurprisingly, not everybody was fooled; school staff were perplexed, then worried. They called up her sister-in-law to try to get the teenager into counseling, but Louise would never get the chance. Dorothea would leave them in early 1945, less than three months after she arrived.

After that, she would end up in the very place she had run away from—in a stranger’s home alongside her sister. She attended two different high schools during her brief stay there, Garfield High School and Whidney High School, but would never graduate.

Life hardened her just as it had her mother, and by the time she was sixteen, she decided that she was going to take control of her own life, no matter the cost.