Harold Frederick Shipman was born on January 14th, 1946, in Nottingham, England, eight months after Germany surrendered to the Allied Forces and brought an end to the bloodiest conflict of the century. It was a particularly special time to be born; with the end of the Second World War came a population boom in the form of celebration babies, marking a hopeful new beginning for a nation that had been ravaged for so long by destruction. This was partly why young Harold Shipman, the second child born to working-class parents Harold and Vera, was, by all accounts, their favorite. His sister, Pauline, was his senior by seven years, and his brother, Clive, was his junior by four. While his siblings seemed doomed to a life of mediocrity, Harold gained a reputation as the clever one in the family. From boyhood, he was convinced by his mother that he was destined for great things.

Both the war and their familial backgrounds – Vera and the elder Harold were descended from manual laborers – instilled in the Shipman parents a desire to give their children the best lives they could afford. That their older boy showed the most potential meant that much of the family’s hopes were pinned almost entirely on the boy’s shoulders. Though the fear of failure was great, it surprisingly did not seem to create any feelings of resentment between them. On the contrary, their bond only seemed to grow stronger as Harold reached adolescence.

While not much is known about young Harold’s relationship with his father, it was no secret that he remained very close to his mother for the rest of his childhood. This was less by his own choice than by his mother’s insistence. Vera was said to have been overprotective and somewhat overbearing when it came to her favorite son. From the clothes he wore to the friends he was allowed to make at school, Vera always made sure he made the proper choices. 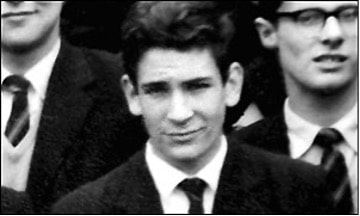 But she took genuine joy in her role as a housewife. The Shipman home, from what the few outsiders who were invited in can remember, was always a spotless place. Her children were polite, well-behaved, and almost always kept at home. It was something that other people admired her for, though they also found the Shipmans somewhat odd. Hannah Cutler, a neighbor who lived in the area during Harold’s youth, recounted.

“The family were rather insular, but I knew them well because I lived opposite. I’ve known the children since they were little. They never mixed in with the other kids, they didn’t play in the street, and when they came home from school, they stayed in the house. I think Harold and Vera wanted them to be different: they didn’t want them to be like other kids on the estate; they wanted something better for them. In a way, they were investing in their children.”

Vera’s efforts to shape her son’s identity proved largely successful. While he was still a schoolboy, Harold – known as “Freddy or Fred” by his peers – developed a rather arrogant personality that would remain throughout his life. This seemingly extended even to his manner of dress; while other children wore casual clothing outside of school, Vera kept Harold prim and proper at all times, and her idea of “well dressed” meant a bowtie and waistcoat, no matter the occasion.

His youth was not entirely solitary. He was close to his siblings, especially Pauline. A few houses away on their street in the Edwards Lane estate lived a boy named Alan Goddard. Just a few months younger than Harold, Alan attended the Buford Infants School – in the United Kingdom, children attend infants school from ages four to seven and could be seen as a partial equivalent to elementary school in the United States – alongside him. Goddard would recall seeing Harold often during the short walk home during those early childhood days, and soon the boys became friends. 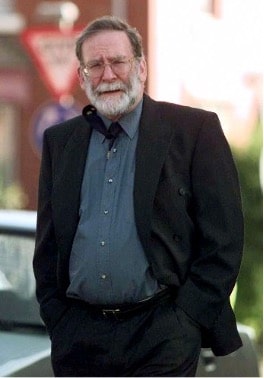 The friendship would continue as they grew older. The unexpected population boom of post-war celebration babies meant that the local junior school, Whitemoor, was unprepared for so many new pupils. As a result, the boys stayed at Buford for an additional year before they were allowed to take double-decker buses to and from Whitemoor – a first taste of independence for young Fred.

He was said to have been a good, though not spectacular, student. Little of note happened during most of his time at Whitemoor aside from a struggle with left-handedness – something which, in those days, was seen as a malady to be fixed, which had a profoundly negative effect on the psyches of left-handed children. He did, however, discover a passion for sports, namely stoolball, a local sport similar to cricket and baseball. It was on the field that a more outgoing, though aggressive, side of his personality broke loose.

He studied hard and got good grades. Along with stoolball, Harold excelled at football – the term for soccer in the United Kingdom – and rugby. Despite these accomplishments, his mother’s high standards and his own elitism made it difficult for him to make friends. Even throughout his junior school years, the boy was seen as a loner by others. 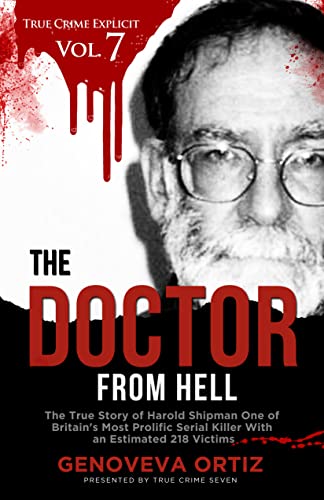 After finishing his primary education at around eleven years old, Fred was accepted into High Pavement Grammar School in September 1957. It was just what his mother had been hoping for. Founded near the end of the 16th century, High Pavement was a prestigious, all-boys school considered to be the best in the area.

Unfortunately, his time there was not what he and his family had been expecting. While he had been considered an exceptional student before, the other boys at this new school were also some of the best in their class. For the first time in his life, Harold was not special, and the feeling of being lost within a crowd made him deeply unhappy.

When one thinks of a serial killer’s life, one might typically assume that they must have suffered a great deal of emotional trauma to become someone capable of the most depraved acts. This is not a baseless assumption; countless true crime books and documentaries are filled with stories of killers who endured unimaginable suffering and abuse in their early lives. Also common are childhood injuries to the brain and family histories of mental illness. Harold Shipman, however, experienced none of these and, by all accounts, had a happy childhood.

However, things would take an unfortunate turn when he was around seventeen years old. At this time, his beloved mother fell ill and was diagnosed with terminal lung cancer.

Fred watched the once vibrant woman rapidly become a shell of her former self. With his father and sister at work and Clive at school, he readily became her caretaker. Vera’s illness pulled the two to grow closer as the already-solitary teenager took it upon himself to come home from school straight away each day in order to be by her side. These afternoons spent drinking tea and waiting for the doctor were as much a comfort to him as they were to Vera, though the memory of them would always be tainted by tragedy.

Hospice care was much less common in that era, which meant that Vera would remain at home, confined to her bed, till the end. Her condition continued to deteriorate, and she grew weak and emaciated. Soon, little else could be done for her aside from easing her suffering. The only thing that could allay her unending pain was morphine, which Harold watched get administered to his mother via injection whenever the family’s doctor made house calls.

This act fascinated the teenager. One moment, his mother was ailing, and the next, she was her old self again. The fact that the opiate was so fast-acting was not lost on him, either.

On Friday, June 21, 1963, Vera Shipman succumbed to her disease at only forty-three years old. While the rest of the family mourned in the traditional way, Fred spent the weekend running nonstop in the pouring rain, intentionally exhausting himself. By Monday, he was back at school, and his reaction puzzled his few friends. People would note that Fred appeared, on the surface, almost entirely unaffected.

When a classmate asked about his weekend, all he said was, “My mum died.” No one at school even knew Vera had been ill.

His mother’s death was no doubt a turning point in his life. Although Harold had previously shown no interest in studying medicine, Vera’s death seemed to trigger in him a deep interest in the field, and he decided that he wanted to become a doctor. It would be a long and difficult road to take, but it would be worth it if he could do for others what the family doctor had done for his mother.

There were other reasons too, but those were far less noble.

Written by : Sajjad A