Weird True Stories That Sound Made Up

“I want to donate my body to science!” Many great scientists of the past and possibly the modern world feel that they can further science after leaving this world. One of the scientists though that frowned upon this idea was the great Albert Einstein. Albert had seen the limited results from these exams in the past and explicitly asked that his brain not be donated to science.

However, the doctor assigned the autopsy of the celebrated scientist after his passing on April 18, 1955, had a different idea.

That morning, Dr. Thomas Harvey was excited to be chosen to be the one to perform the autopsy. He knew that the scientific genius left behind specific guidelines but deep down inside, he felt it was a waste. Dr. Harvey decided to remove the brain anyway. How would he get the brain out of the lab without people knowing what he was doing? The doctor thought long and hard and crafted a plan that he knew would work.

After carefully removing Einstein’s brain, he cut the organ into over two hundred pieces and stashed them in mason jars that he had topped off with celloidin. This procedure would allow him to preserve the pieces of Einstein’s brain for further tests later. Of course, once the family took possession of the body, it became apparent that something was missing. Enraged that someone had taken his father’s brain, Hans Albert stormed into the doctor’s office and demanded that it be returned, but the doctor refused. Dr. Harvey began to explain why it was essential to study his father’s brain and through concise and logical argument, he convinced the young Einstein to let him do just that. 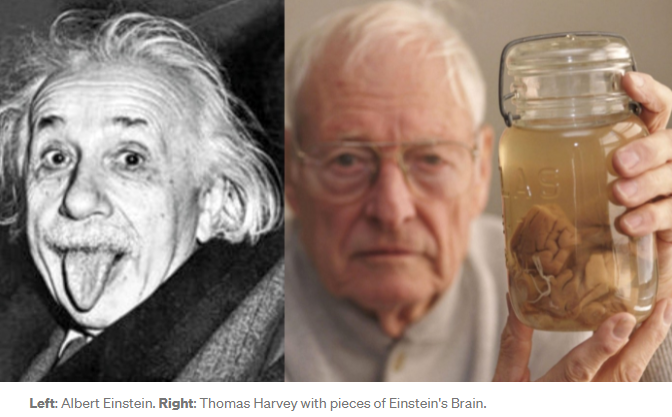 Unfortunately, though he had received approval from the genius’s son, the hospital had a less than favorable response to Harvey’s wanton disregard for the protocols. In fact, because he broke the rules, Princeton Hospital had no choice but to let him go. Losing his job would also cost him his marriage, and he would soon find himself packing up to head to the Midwest to escape the consequences of his action, but he didn’t leave his treasure behind. For decades, the doctor kept his treasure stored in a cider box in his garage. It wasn’t until 1978 that his treasure caught the public eye. Thanks to a dedicated journalist, many research labs eventually reached out to Dr. Harvey for samples.

The bulk of Einstein’s brain found its way back to the Penn Medicine Princeton Medical Center and is still kept under lock and key. 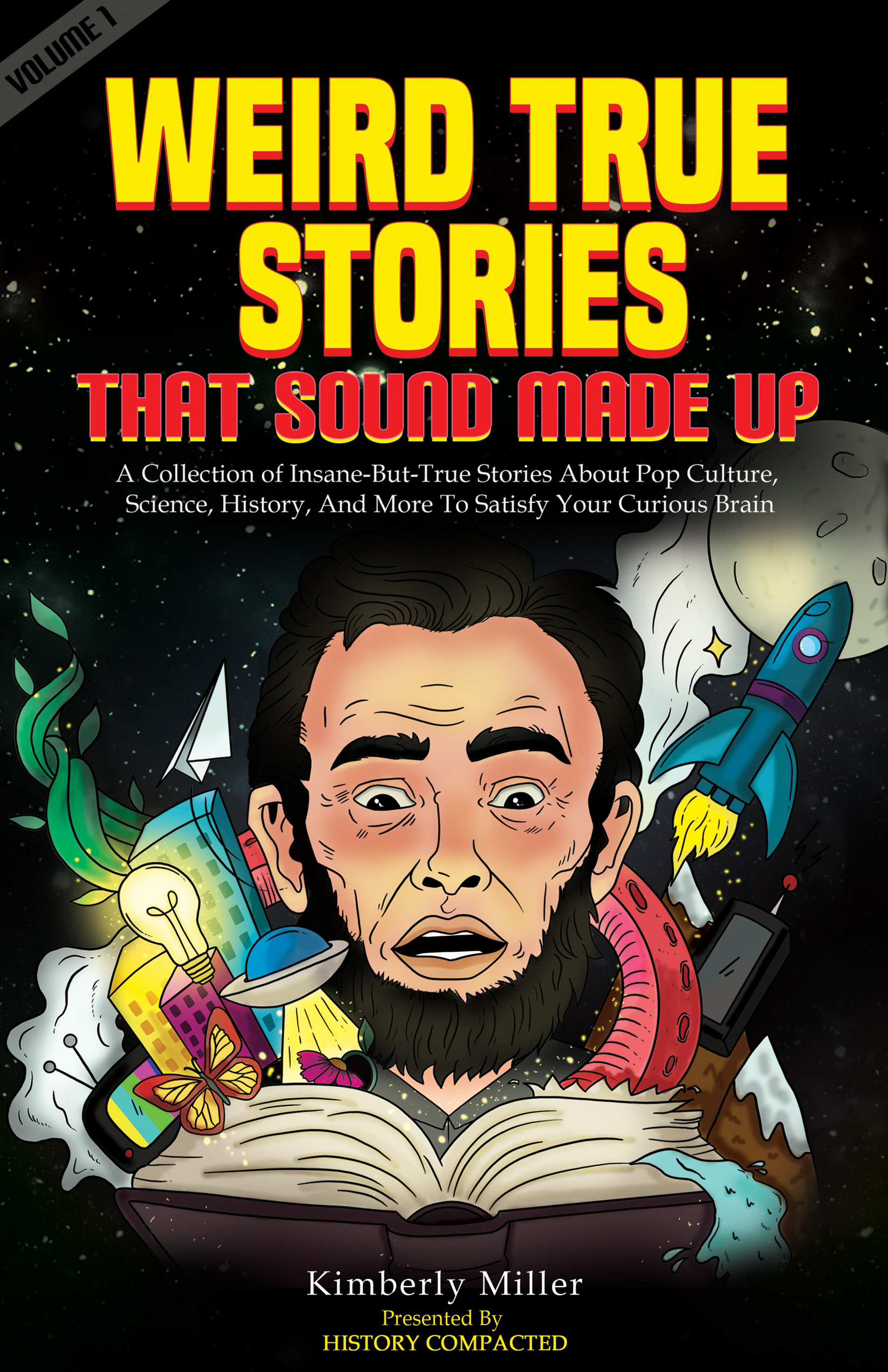 Once the Roman Empire became the Holy Roman Empire, the reins of power were claimed and seated in some ways to the head of the church, the pope. One of the duties that the pope had was the ability to name the holy Roman emperor. This power would lead to quite a bit of political maneuvering and, in one case, the trial of a corpse.

At the end of the 9th century, Pope Formosus sat on the papal throne but was very uncertain about who he thought the Roman Empire should be. At first, the political pressure drove him to name the Duke of Spoleto as the emperor and subsequently naming the duke’s son to the same position as heir to the throne after the duke’s death. After a while, Formosus developed a backbone and stripped the duke’s son of the title. He opted to choose one of his good friends, the king of the Eastern Francs. Unfortunately, this choice was short-lived. The new Roman emperor soon found himself paralyzed, and unable to sit on the throne in Rome, he returned to his home country. Not long after this, Formosus died, leaving the papal throne open for his successor Stephen VI. 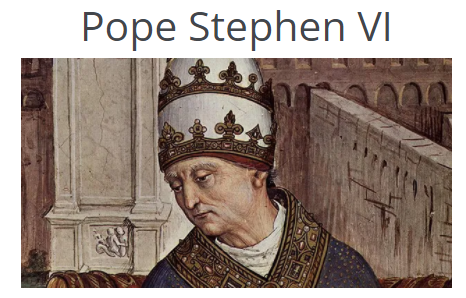 When Stephen VI took the reins of the papacy, he was left quite a mess. Because of Formosus’s uncertainty when it came to who should wear the crown of the holy Roman emperor, Stephen had a lot of work to do. The new Pope immediately acted to place an ally back in the power of the Holy Roman Empire. For this, Stephen looked to Lambert, the Duke of Spoleto’s son, who had previously held the crown. To accomplish his goal, Pope Stephan had to show that the previous pope’s actions were against the church’s edicts and the empire

This political maneuver meant that he would have to hold court and put the now deceased Formosus on trial. This would, of course, be tricky because Stephen’s predecessor had already been dead for nine months. However, this little fact did not stop Stephen from executing his plans, so he ordered the corpse to be dressed and presented in the courtroom so that the trial could proceed. Steven would appoint one of the deacons to be the voice of the departed pope as he was accused of multiple infractions, including perjury and breaking the laws of the church. 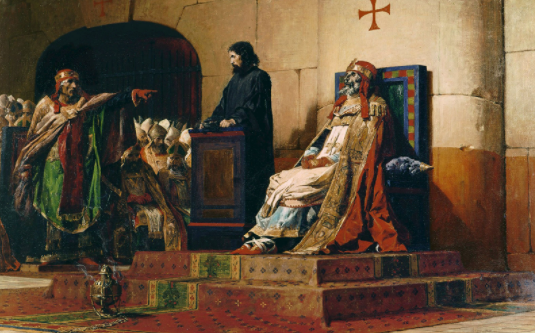 The trial took very little time. Formosus was found guilty. When it came to sentencing of the dearly departed Formosus, Stephen had his body thrown into the Tiber river. This trial sparked many controversies regarding Stephen’s reign, but that was not a big deal because his time as pope ended abruptly. At the end of his reign, he was stripped of the title before being imprisoned for his treatment of Pope Formosus’ cadaver and the subsequent trial. Stephen didn’t last long in prison either; he was found strangled by unknown assailants.

The subsequent Pope Romanus erased the decree of Stephen and had his men drag the Tiber River to retrieve Formosus’ body. Once the body was found, Romanus gave it a proper burial, thereby negating the outcome and proclamations of the trial of the pope’s cadaver.

This trial would become known as the “Cadaver Synod” and be talked about for centuries amongst the religious scholars of the world.